Robben Island. A World Heritage site that will greatly humble you

Robben Island. A World Heritage site that will greatly humble you 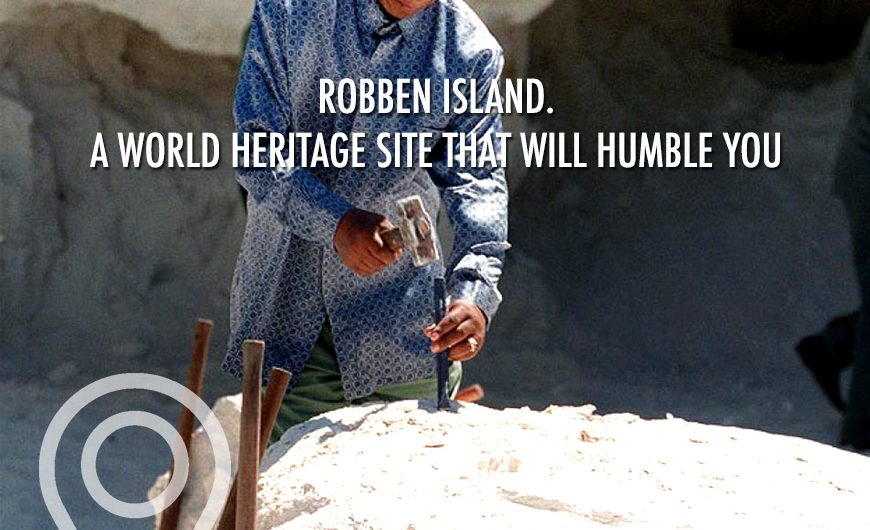 As you make your way through the corridors of Robben Island, you get transported to a time in South African history where the country reached a turning point. Standing in the jail cell that housed Nelson Mandela for so many years brings to heart the emotional story of the South African struggle for democracy and equality.

A trip to Robben Island is a bittersweet experience but is a must do for anyone visiting Cape Town. Robben Island reinvented itself many times over the years, once a leper colony, a mental hospital and defence training base, this World Heritage Site is most famed as the prison for anti-apartheid activists like our former president, Nelson Rolihlahla Mandela.

When you step foot on the Island, you’re able to see the cell in which Mandela, the world’s most famous prisoner, was held for 18 years of his 27-year incarceration. It’s a place many come to be humbled and to pay homage to the father of South African democracy, including the likes of former US president Bill Clinton and current US president Barack Obama.

On “the island”, as it became known, the leaders of the struggle against racial oppression forged their political thinking and the relationships that would become a feature of post-apartheid South Africa. It was also here that Mandela emerged as a leader of the African National Congress. But when Mandela arrived on the island in the winter of 1964, the conditions he encountered were harsh.
Prisoners were confined to small cells with only a sleeping mat and bucket toilet. Each morning they were woken up at 5:30 to empty their buckets and start another day of hard labour. Black prisoners received an inferior diet compared to their white and coloured counterparts. Even more cruelly, they were deprived of contact with their loved ones, limited to a half-hour visit a year from a family member, and only two letters.

The island became an informal “university”, where the prisoners who were to become the next generation of political leaders in South Africa spent many hours in debate and discussion. Isolated from family and friends, Mandela, Walter Sisulu, Govan Mbeki and Ahmed Kathrada, among others, proved themselves to be men of steel, never wavering in their hope of a new South Africa.

It was for this reason that UNESCO’s World Heritage Committee chose to mark this location for its “triumph of the human spirit”. Today, you can catch a ferry ride to what is now called “The Robben Island Museum”. The standard tour starts at the Nelson Mandela Gateway at Cape Town’s V&A Waterfront and takes around 3.5 hours in total (the boat ride is half-an-hour one way). To add to the immersive experience tours are often led by former political prisoners who draw a vivid picture of life in prison. The history of Robben Island is also sketched in a 45-minute bus tour. It’s one of the world’s greatest cultural heritage destinations both for its tragedy and its triumph. It is a testimony to the true spirit of the South African people and history, and will never fail to humble you and give you perspective.