Dubai Mall is the largest and most beautiful in the World

Dubai Mall is the largest and most beautiful in the World 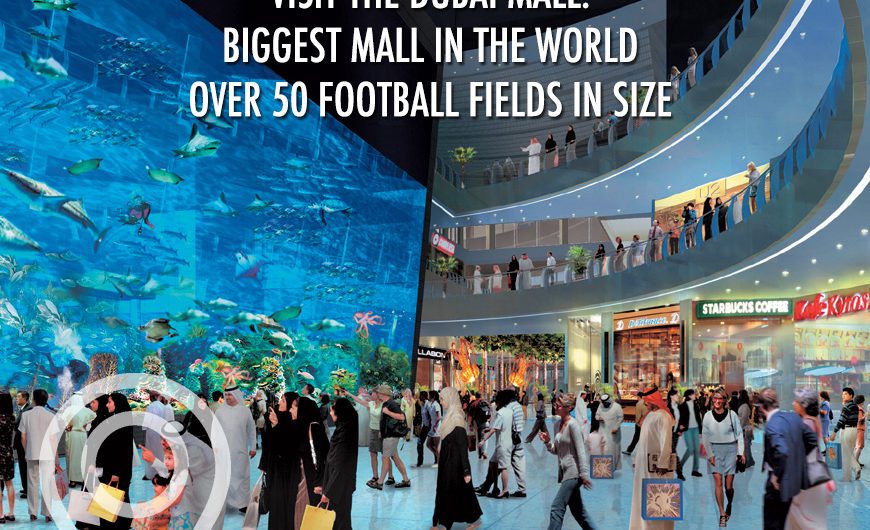 The Dubai Mall is a shopping mall in Dubai and the largest mall in the world by total area. Located in Dubai, United Arab Emirates, it is part of the 20-billion-dollar Downtown complex, and includes 1,200 shops. It was the most visited building on the planet, attracting over 54 million visitors per year. Access to the mall is provided via Doha Street, rebuilt as a double-decker road in April 2009.

The Dubai Mall recorded 61,000 tickets sold for the Dubai Aquarium and Discovery Centre in the first five days, following its opening. The Dubai Mall hosted over 37 million visitors in 2009, and attracts more than 750,000 visitors every week. In 2010 it hosted 47 million, and saw footfall increase by around 27 percent over 2009, despite the economic crisis. In 2012, Dubai Mall continued to hold title of world’s most-visited shopping and leisure destination, and attracted more than 65 million visitors, an increase of more than 20 percent compared to the 54 million recorded in 2011. It attracted more visitors than New York City with over 52 million tourists in 2012, and Los Angeles with 41 million. The numbers also surpass visitor arrivals to all landmark leisure destinations and theme parks in the world including Times Square (39.2 million), Central Park (38 million), and Niagara Falls (22.5 million). It is over 13 million square foot (equivalent in size to more than 50 football fields), the Dubai Mall has a total internal floor area of 5.9 million square feet (55 ha) and leasable space of 3.77 million square feet (35 ha), about the same as the West Edmonton Mall.

It also has a 250-room luxury hotel, 22 cinema screens plus 120 restaurants and cafes. The Mall has over 14,000 parking spaces across 3 car parks, with valet services and a car locator ticketing system. The mall has won five awards – two awards at the Retail Future Project Awards at Mapic, Cannes, in 2004, for Best Retail Development Scheme (Large) and Best Use of Lighting in a Retail Environment.